No Wagering requirements. Available to all customers. See Terms

Immerse yourselves in our online table games – take out your mobile and play them on the go!

We’ve got a wide range of casino games purely for your pleasure!

Enter your details using our fast track registration and activate your account. It just takes a few moments!

100 FREE spins (on our exclusive games) will be added as soon as you join! No Deposit Required!

Choose from over 600 games including some of the best online slots available. 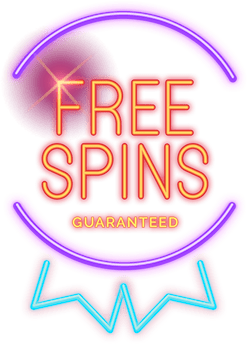 The more you deposit & play the more spins we give you – win or lose! It's that simple! No other casino gives you more.

No strings attached, no complex terms and conditions, just play to win! How's that for a warm welcome from the best online casino?

The Phone Casino offers you the luxury of playing Baccarat from the comfort of your sofa! In fact, you can be anywhere at any time – you just need to have a mobile tablet, laptop or PC to get playing! Online Baccarat is a pretty enticing card game so you’ll definitely want to stick around.

Baccarat was created in Italy in the 1400s and the name comes from the Italian word for zero – baccara – because all tens and picture cards are worth nothing.

Get Ready to Baccarat!

Baccarat is pretty easy to get your head around – even if it is a game of uncertainty and deception. Amy single game can have one of three possible outcomes:

It should be noted that Banker here does not refer to the House. Players can choose to bet on either one of the Banker’s and the Player’s hands.

A game of Baccarat involves the following seven steps:

1. You bet on either hand of the two – the Player’s or the Banker’s.

One hand is the Player’s while the other is the Banker’s. All bets should be placed before the cards are dealt on either hand.

2. Cards are dealt with the Player and the Banker.

3. The point total of both sets of cards is announced.

A. The ace is worth one point
B. Face cards and tens are worth baccara (zero) points
C. The rest are equivalent to their face value

A hand is equivalent to the value of the second digit if your total is above ten. So, if you get a 4 and an 8, that totals to twelve and makes up a two-point hand. To win the game, your bet should be on the hand totalling closest to nine.

If the point total for either the Banker or the Player is eight or nine for the first two cards dealt, then it’s a Natural Win. Examples include 4 and 5, 6 and 3 and Ace. The game ends then and there. Any bets that have already been placed will be cashed out.

5. The Player receives a third card on certain point totals

6. Give yourself a moment to absorb the rules governing the Banker’s third card.

When the Player stands or doesn’t draw any new cards, the Banker draws if he has a hand total of zero to five. Alternatively, the Banker stays if his hand total is six or seven in the same case. All the other hands depend on what the Player’s third drawn card is:

7. Calculate the winning hand after all cards are dealt.

As discussed above, the winning hand is one that totals closer to nine. If there’s a tie, there are no official winners or losers. Occasionally, a commission is paid from the winnings when bets are placed on the Banker's hand.

The Phone Casino offers new players a free casino welcome bonus that really is unbelievable. Join today and get 100 FREE spins EVERY DAY - No Deposit Required!

That’s Right... 100 spins EVERY DAY & NO DEPOSIT REQUIRED! To claim this amazing offer, use our super quick registration process.

As well as this fantastic welcome offer on sign-up, we regularly reward our players with more freebies, either with our daily bonuses and weekend specials or with popular offers that are up for grabs in our exclusive rewards page like refer a friend. All winnings are paid in CASH! – no more BONUS MONEY - EVER, no more play through requirements - EVER!

Don't forget there is NO PLAY THROUGH ON WINNINGS! That’s our promise. If you win real money you can take it out or use it on any other game.

That's not all though. The Phone Casino is introducing new rewards and badges to track your accomplishments all the time.

So, what are you waiting for?

Join and deposit now to get the best rewards from the BEST MOBILE, ONLINE and SLOTS operator - The Phone Casino.

Full details of the sign-up offer can be found here.

Over 600 Online Casino Games at The Phone Casino

Signing up to The Phone Casino will give you immediate access to over 600 of the very best online games via our site, mobile and premium casino. When it comes to online slots we really are second to none, with a selection of 5 reel and 3 reel slot machines as well as exclusive games such as Reels of Luck, Crazy Jewels and Wonga Wheel.

The Phone Casino is also home to all variations of online roulette, blackjack, 3 card poker, and baccarat, making us the leading website for classic table games too.

Combine that with top games like video poker, keno, slot tournaments and our weekly new game releases and it's easy to see why no other casino gives you more!

The Phone Casino takes all necessary steps to ensure the safety & security of your data:

- Vulnerability scans are carried out quarterly.

- We are fully PCI DSS compliant.

Fancy a chat? Get in touch with our Player Support Team. They're on hand to help night and day and have the know-how and training to resolve almost any problem you might have.

Our mission is your satisfaction; so if you have any feedback about our online casino, good, bad or ugly, then we want to hear from you.

We haven’t been able to verify your address details.

requires all Casinos to carry out Customer Due Diligence at certain intervals. As such, you are required to update your address details on this occasion.

To continue and access your account, we now require you to email us with proof of your address.

Please EMAIL one of the following documents to our Customer Support team:

MUST be a complete document showing your name, address and the date of the document.

Internet downloaded documents are also acceptable in a pdf form.

Once our team have reviewed your documents they will be encrypted and stored within our secured server.

We do not pass any of your personal details to any third party marketing company.

Please email your proof of address as outlined above to support@smallscreencasinos.com or use the submit button below. Please include your mobile number or account ID.

Documents will be processed as a priority.

This message will display until your details have been verified.

requires all Casinos to carry out Customer Due Diligence at certain intervals. As such, you are required to update your address details on this occasion. Please fill in the fields below to access your account.

To revise any of your play limits at any time just look for the Responsible Gaming links at the footer of the page or in the Main Menu under Know Your Limits.

Also please do not hesitate to contact us or use the help links provided, if you need any further help or assistance.

Please note: Restrictions on your play can be set at any time from within the main menu.

You can limit play, deposit, losses or wins.

You can even set reminders to tell you how long you have been playing for.

Remember gambling should be fun and you should always play within your means.

Are you aware that Customer Services are here to assist you if you need help?

Are you aware of your current limits and how you can change them?

Are you in control of your gambling?

Indicate the extent this statement applies to you and your gambling over the last three months.

Data protection laws mean that we need the OK from you to keep you protected and to keep sending you news and updates about great things that are coming up, such as;

First play of our latest games, casino products and innovations

Fantastic exclusive bonuses and rewards designed for you

Simply click the button below to choose how you’d like us to keep you updated. Just give us the go ahead and we’ll keep you in the loop.

If you change your mind in the future you can withdraw your consent at anytime by using the stop or unsubscribe option in the message you receive.

To find out more about how we use and protect your personal information as well as your rights, please see our privacy policy.

In order to complete your verification and to process any withdrawal, we require you to upload one of the documents from the list below. This helps us confirm we are paying the right person and protects our players against any authorised use of their account.

Once received, your ID is encrypted and stored within our secured server. We do not pass any of your details to any third party marketing company.

Opening hours are outlined in full on the support menu. Documents will be processed as a priority.

Please email to support@smallscreencasinos.com a copy of your;

It looks like you already have an account with us. The reference number is please either email us or call us on

In order to continue, we need to validate your current mobile number.

Please enter your mobile number as well as your current pin/password and then select UPDATE to save the changes.

We'll send you a free SMS to validate your mobile number later on.

If you think this message is displaying in error, please click the customer services link at the bottom.

Congratulations, The Phone Casino is giving you £200.00 in real cash with no restrictions.

You are seeing this message because you are a valued and VIP customer.

Under the terms of its license, the Gambling Commission requires that The Phone Casino request additional information from its VIP customers to meet its licensing obligations.

In order, to claim the free £200.00 cash and to remove this marker from your player account, you are required to provide one or more of the following types of documentation:

Please email these documents to:

Our team will review your submission and aim to reply to you within 24 hours.

This message will remain in place until the documents have been accepted and you will be notified immediately when this notice has been lifted.

Thank you for your co-operation

The support team is on hand to assist you with any questions you may have. For support click here